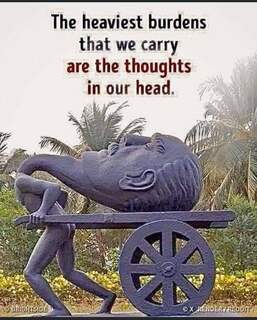 How often do you see someone you know do something and wonder why on earth they reacted that way?  From the outside the reactions of others to events and situations can be quite baffling at times!  People stay in unhealthy relationships, they put up with bosses who don’t appreciate them and they may appear to frequently self-sabotage themselves.

When you start to explore beneath the surface, there are usually some pretty strong beliefs driving their behaviour…”I am not good enough/this is all that I deserve”, “good things never happen to me”, “life is hard”, “I am bound to fail”, “This is too risky, I need to keep my head down”…the list goes on, you get the picture!

I remember learning about ABC.  No, not the alphabet but the following:

I saw this clearly when I was working in HR and yet another restructure was announced.  The event was common to many – restructure and job loss.  Two people, both receiving the “Regret to inform you….” letter; both with mortgages, similar age, similar work experience, same redundancy package…..one terrified, stressed to the max, willing to take anything to retain security; the other acting as though they had won lotto!

What was different?  The first person held the belief that jobs were hard to get, redundancy was personal and looked bad on your CV, being unemployed was to be avoided at all costs – they would find it really hard to get another job. The second person saw the redundancy package as a huge opportunity because they firmly believed they were good at what they did and they would pick up an even better job without a problem (and have the redundancy pay-out!).

Many personal beliefs are largely formed as children but they are reinforced and triggered by the  media and marketing.  Maybe, as a toddler you didn’t get as much attention as you craved.  Maybe you were told ‘big boys don’t cry’ when you hurt yourself or ‘only good kids get ice-cream/chocolate/cake'

As a young child you would be processing these messages VERY differently to what you as an adult would. Some of these events will have led the young you to formulate beliefs which may well have been useful to the young you.  Problem is, you might have outgrown the beliefs but they remain hard wired in. You may not even be aware of them but they will trigger strong feelings in certain situations. People with sugar addictions often have that belief that can only have sweet treats when you deserve them - no wonder they reach for the chocolate as a form of comfort.

Where do you think beliefs such as “I am too old/too fat/too short/too skinny etc “come from?  It is often from TV, magazines and social media and possibly some comments made to you years ago that you internalised and that have been reinforced through the comments of others and your own filters, as well as marketing messages which trigger your insecurity.

Think about all the messages we have picked up during the Covid pandemic – how much of this has hard wired in as new beliefs or acted to reinforce existing beliefs?  So many (conscious and unconscious) beliefs around how unsafe the world is, about germs.  Then there is the housing market, job security, climate change, the cost of living, wars…the list goes on.  So we focus on everything that could go wrong.  How dangerous the world is….no wonder there is so much anxiety around!  For now, start focusing on building conscious awareness of your personal beliefs….the stories you are telling yourself.

So let’s start with questioning your personal beliefs ….are they helpful to you now?

How do you describe yourself?  Your physical look, abilities, strengths, weaknesses, the things you enjoy and the stuff you don’t; your personality traits, attitude, health, what you are capable of and what you deserve….

Jot down your thoughts on a large piece of paper.

Now consider what you have written as though you were giving feedback to a close friend.  Would you be comfortable telling the friend these things about themselves?  If they were to ask for examples or justification, could you provide it?  Is the feedback helpful and constructive?  Does it make you feel good about yourself?

If you were to organise all the things you wrote about yourself, how much is positive and helpful?  How much is negative and unhelpful?

Look at all the negative, unhelpful things you have written….and ask yourself the following questions….

How do I know this belief to be true?

Look at what you have written about yourself – are there any absolutes?  That is “I never…” “I always…”.  If these statements are unhelpful  challenge yourself to find examples that disprove the statement.  Try and remember at least one occasion when you did or didn’t do what you believe to be true.  “I always fail/stuff things up/say the wrong thing – really?  Every time?

Now look at what you have written in terms of personality versus behaviour.  For example – “I am clumsy” – sounds like a personality trait, doesn’t it, something that defines you?  Therefore, something you can’t change.  Whereas “I often drop things or break things” is behaviour, something you do – therefore something you can change if you focused on it and wanted to enough. Other common beliefs here include I am depressed (no, you are feeling depressed), I am useless (no, there might be a particular thing you are not so good at but there are other things you do well)...get the drift?

So decide what you DO want and consider making a pact with yourself, to be your own bestfriend.  Remind yourself of all the things you can do, all your good qualities...focus on the positives, be kind to yourself!